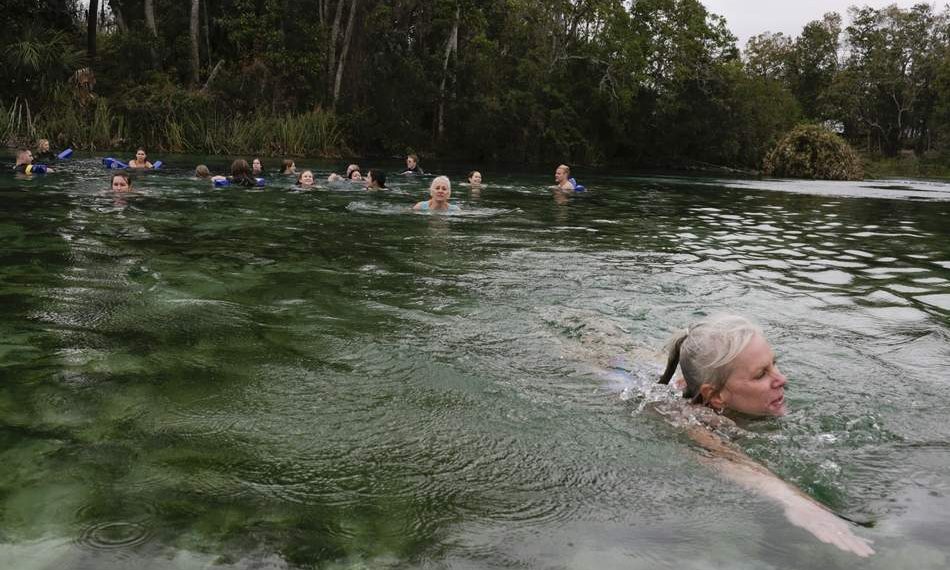 The North Carolina natives flew to Florida for one reason: to watch Byrd try and become a Weeki Wachee mermaid.

“She has wanted to be a mermaid her whole life,” Whitson laughed. “This is about as close as she can get.”

Byrd was among dozens of women who braved the cold Saturday for the first part of tryouts for the world-famous mermaid squad at Weeki Wachee Springs State Park.

This year, officials said the park had its highest number of people sign up for auditions. They hoped to find eight new mermaids who will perform underwater year-round in 72-degree spring-fed water from the head of the Weeki Wachee River.

About 250 women planned to audition, according to park spokesman John Athanason.

Then on Friday, Athanason said he heard reports that the weather would be “a little cooler than normal.” But he did not expect the chill that came Saturday.

“The difference between (Friday’s) weather and (Saturday’s) weather is two different things,” Athanason said. “Will all 250 come? Who knows. Some may walk out of their house and be like, ‘I’m going back to bed.’

“It makes you feel good that people want to be a part of something that’s special, and that’s this park.”