ONE OF THE DEEPEST, NATURALLY FORMED UNDERWATER CAVERNS IN THE U.S.

“Weeki Wachee” was named by the Seminole Indians. It means “little spring” or “winding river.” The spring is so deep that the bottom has never been found. Each day, more than 117 million gallons of clear, fresh 74-degree water bubbles up out of subterranean caverns. Deep in the spring, the surge of the current is so strong that it can knock a scuba diver’s mask off. The basin of the spring is 100 feet wide with limestone sides and there, where the mermaids swim, 16 to 20 feet below the surface, the current runs a strong five miles an hour. It’s quite a feat for a mermaid to stay in one place in such a current. Flowing from the spring, the Weeki Wachee River winds its way 12 miles to the Gulf of Mexico.

In 1946, Newton Perry, a former U.S. Navy man who trained Navy Frogmen to swim underwater in World War II, scouted out Weeki Wachee as a good site for a new business. At the time, U.S. 19 was a small two-lane road. All the other roads were dirt; there were no gas stations, no groceries, and no movie theaters. More alligators and black bears lived in the area than humans.

Sadly, the spring was full of old rusted refrigerators and abandoned cars. The junk was cleared and Newt experimented with underwater breathing hoses and invented a method of breathing underwater from a free-flowing air hose supplying oxygen from an air compressor, rather than from a tank strapped to the back. With the air hose, humans could give the appearance of thriving twenty feet underwater with no breathing apparatus.

Submerged six feet below the water’s surface, an 18-seat theater was built into the limestone so viewers could look right into the natural beauty of the ancient spring.

Newt scouted out pretty girls and trained them to swim with air hoses and smile at the same time. He taught them to drink Grapette, a non-carbonated beverage, eat bananas underwater and do aquatic ballets. He then put a sign out on U.S. 19 that read: WEEKI WACHEE. And on October 13, 1947, the first show at the Weeki Wachee Springs underwater theater opened. It was the same day that Kukla, Fran and Ollie first aired on that newfangled invention called television, and one day before Chuck Yeager broke the sound barrier. On that day, the mermaids performed synchronized ballet moves underwater while breathing through the air hoses hidden in the scenery.

However, in those days, cars were few along U.S. 19. When the girls heard a car coming, they ran to the road in their bathing suits to beckon drivers into the parking lot, just like sirens of ancient lore lured sailors to their sides. Then they jumped into the spring to perform.

In the 1950s, Weeki Wachee was one of the nation’s most popular tourist stops. The attraction received worldwide acclaim. Movies were filmed at the spring, like Mr. Peabody and the Mermaid. Sights at the park included the mermaid shows, orchid gardens, jungle cruises, and Indian encampment and a new beach. The mermaids took etiquette and ballet lessons. 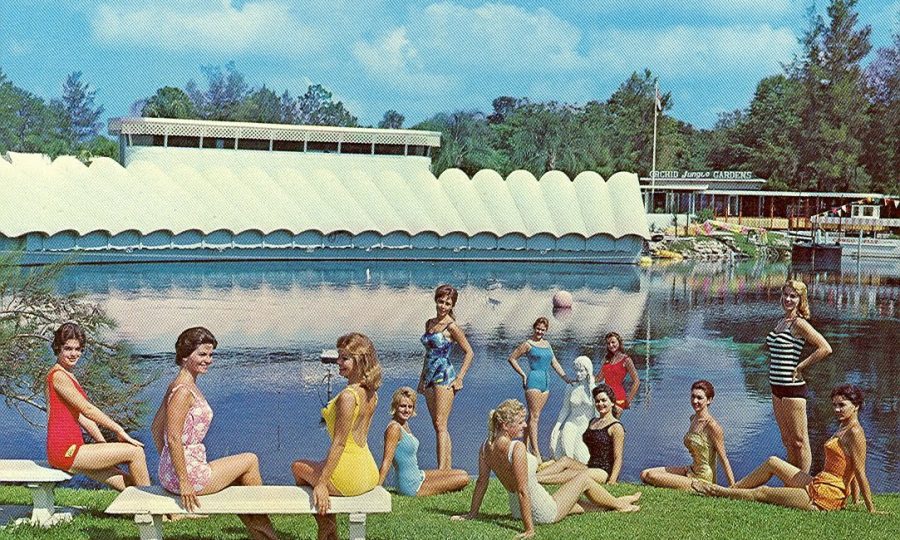 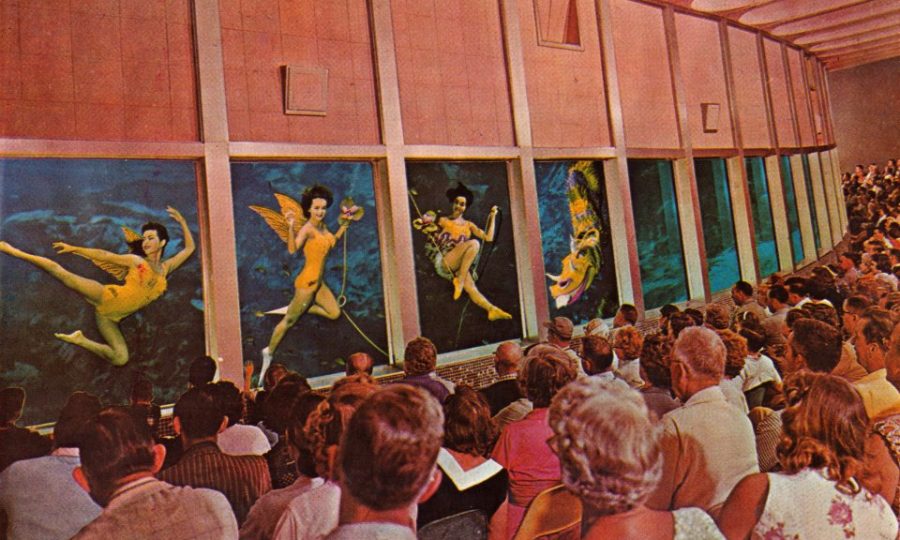 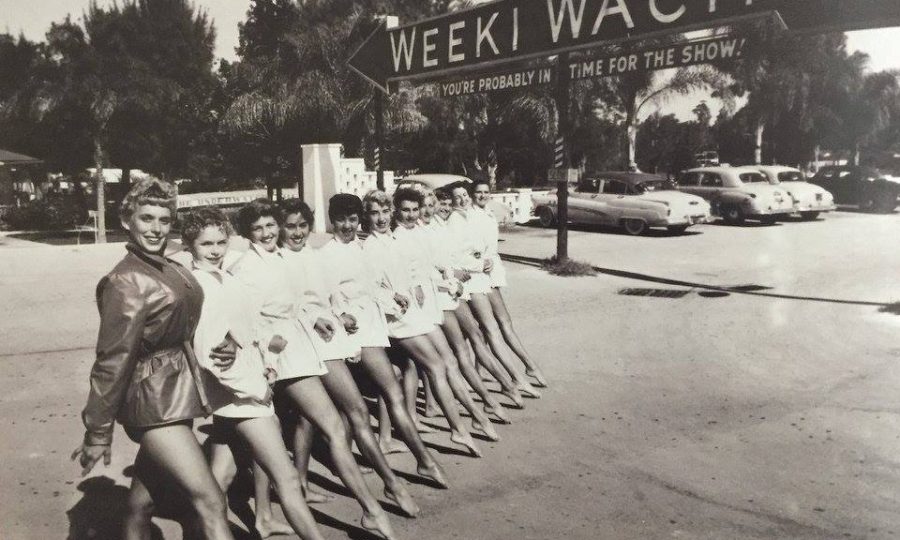 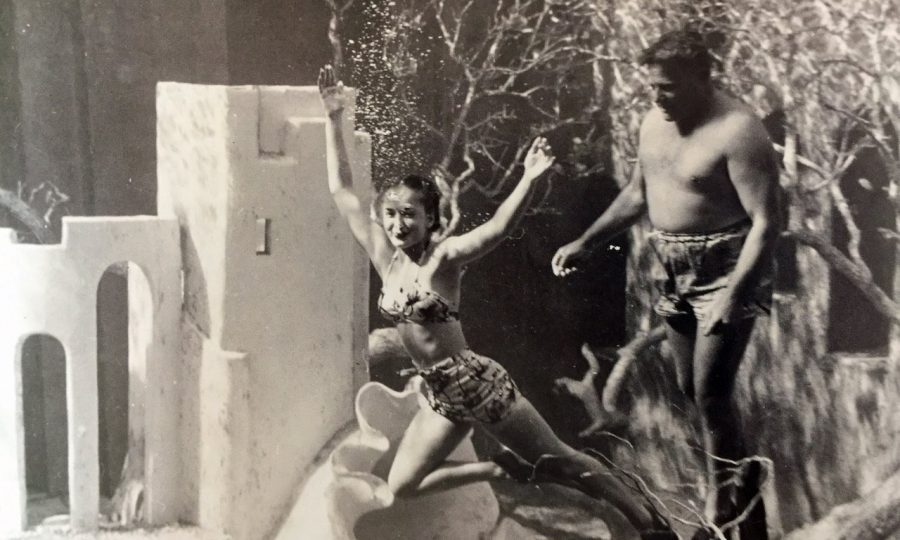 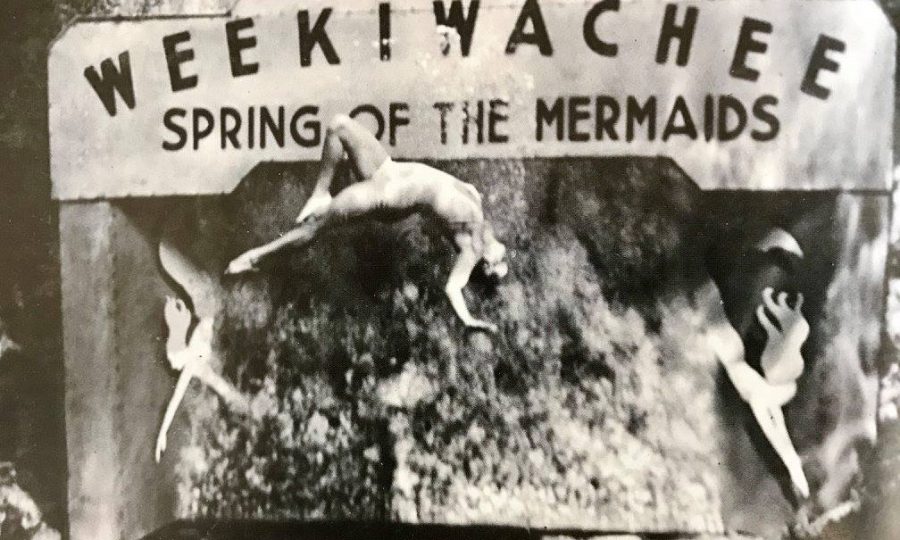 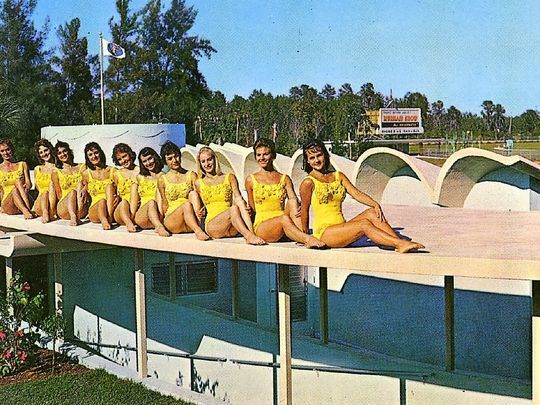 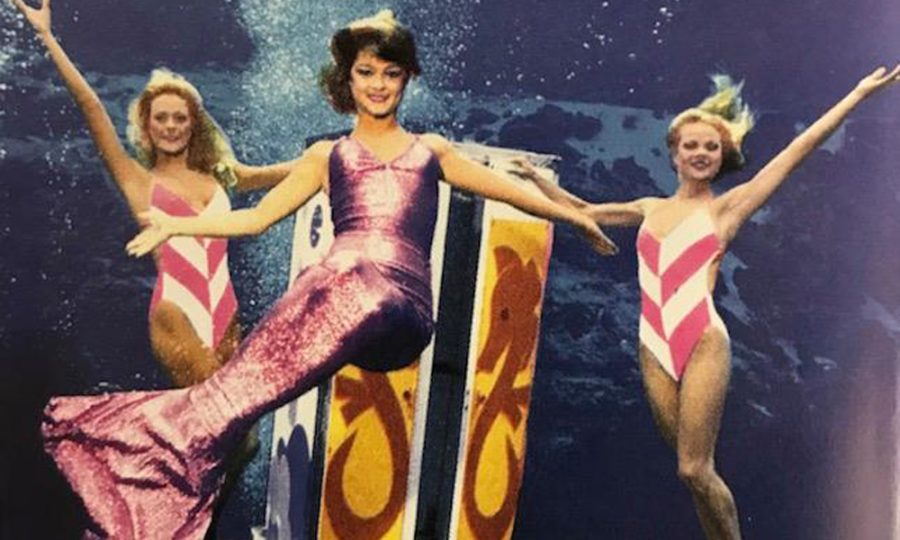 Weeki Wachee’s heyday began in 1959, when the spring was purchased by the American Broadcasting Co. (ABC) and was heavily promoted. ABC built the current theater, which seats 400 and is embedded in the side of the spring 16 feet below the surface. ABC also developed themes for the underwater shows, with elaborate props, lifts, music, and storylines such as Underwater Circus, The Mermaids and the Pirates, and Underwater Follies. The mermaids performed Alice in Wonderland, The Wizard of Oz, Snow White, and Peter Pan.

In the 1960s, girls came from as far away as Tokyo to try out for the privilege of becoming a mermaid. The glamorous mermaids performed eight shows a day to sold-out crowds and as many as half a million people a year came to see the Weeki Wachee mermaids. Weeki Wachee Springs employed 35 mermaids who took turns swimming in the shows and captivating the crowds by playing football and having picnics underwater. Some of the mermaids lived in the mermaid cottages out behind the attraction. The mermaids wore one-piece suits and were treated like royalty wherever they went in Florida.

All sorts of people stopped to see the mermaids, even Elvis Presley, Don Knotts, Esther Williams, and Arthur Godfrey came to Weeki Wachee.

Being a mermaid is a magical job. As the mermaids sing in The Little Mermaid show:

We’re not like other women,
We don’t have to clean an oven
And we never will grow old,
We’ve got the world by the tail!