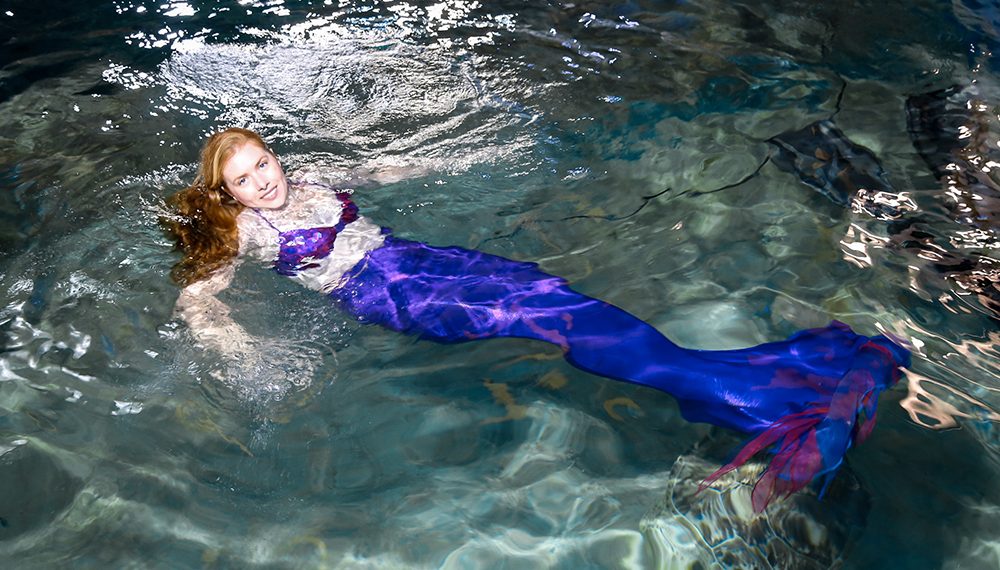 The tale of a real-life, professional mermaid 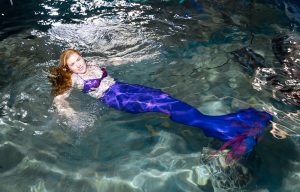 KURE BEACH—When you’re young, any career seems possible. Shoot for space, or under the sea.

Most people don’t end up living out their childhood dreams, but Victoria Cox isn’t like most people.

Cox spends more time in the water than out of it. As a full-time, professional mermaid for Weeki Wachee Springs, Cox is a real-life Ariel.

Growing up in Raleigh as a competitive swimmer and dancer, now, she’s living out all her passions at once.

“It’s always funny the reactions when you tell people what you do for a living,” Cox said. She said she has to tell them, “No, really, I’m a mermaid.”

Cox describes it like any other job. “You go in, you do it, you leave.”

Except in every other job, you don’t have to wiggle into a five-foot-long tail. The performative aspect of the job description comes second nature to Cox, who’s grown used to being a fish in a tank.

“There’s windows from every angle so it’s not like you can go hide for a second,” she said. “You’re on display the whole time.”

Not everyone is cut out for mermaid life. It took Cox three auditions to don a Weeki Wachee tail. The mermaid’s Florida-based home base started in the 40s as a roadside tourist attraction.

“One year I went there were 84 of us auditioning,” Cox said.

Seventy years later, joining the league of sirens is still a coveted gig.

When she’s not performing as Ariel in Weeki Wachee’s underwater theater — open 365 days a year — she’s on the road with other mermaids touring select national aquariums.

The road back home

At the N.C. Aquarium at Fort Fisher, Cox is right at home. After spending much of her time in Florida at the Weeki Wachee Springs, her family was able to recognize a fish or two in the tank.

She’s on a first-name basis with the sea turtle and remembers the patterns of the fish.

The tank at Fort Fisher is roomy compared to other tanks Cox frequents and has room for the mermaids and the fish to get along.

“Sometimes they’ll get annoyed if we’re in their regular swim zone,” she said. “Some accept us and some are like, what are you doing in our tank?”

As the largest creatures in the water, it’s not uncommon for the cleaner fish to try to catch a ride.

“They think were bigger fish so they come up and will gently nibble our tails,” Cox said. “So it’s really funny to see that we kind of blend in their ecosystem sometimes.”

If swimming with sea turtles and sharks isn’t rewarding enough, Cox said that kids keep her believing in the magic of mermaids. After each swim, kids get the chance to line up and meet mermaids on their thrones.

“You’ll get the ones that still think you’re real and the ones that are like, ‘I know you’re not real but I really like your tail,’” she said.

When you have long red hair, a shimmering tail and a sequin top, it’s not hard to turn naysayers into believers. For Cox, it’s just part of her world.